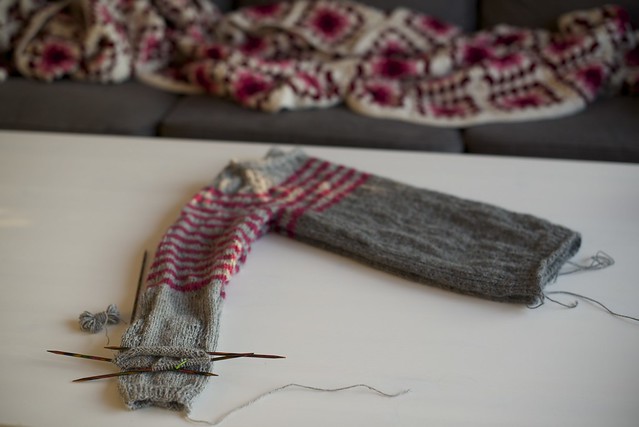 Confession time: I’ve only knit a couple of stitches this past week. Shocking, right?
I’ve knit a few more rows of the second sleeve of the ravello sweater. And that’s it. No casting on new projects, no finishing those socks that I could’ve finished weeks ago if I had any motivation whatsoever.
But I wasn’t lazy, I just had other priorities this week. Like assembling cabinets for our newly remodeled bathroom and decorating it. And cleaning and decluttering the apartment. I have an exam coming up in two weeks (oh the joys of being a student… not.) and I wanted to focus on studying instead of fussing about the messy state of our apartment. Plus it feels great to start a new term(October 20th here in Germany) with a clean and organized home. 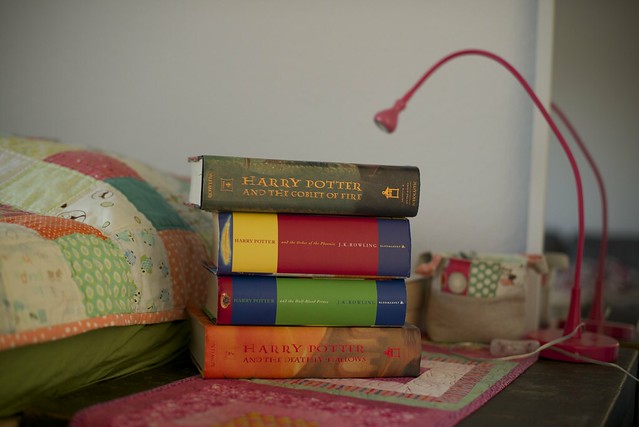 This might not count as something I’m working on (hence not wiwo-able?) but since it’s my blog I make the rules and I decided that reading seven giant books is something ‘I’m working on’.
I finally started reading the Harry Potter books. People usually don’t believe me when I tell them I haven’t read them all. I read 1-3 as a kid but didn’t get through book four. I watched some of the movies but don’t even remember which ones I have watched and which ones I haven’t. Since some of my best friends are crazy about HP I promised to read the books. I got through books 1-3 rather quickly(it took me two weeks altogether). Now only 4-7 are left on my nightstand. It’s a rather intimidating tower but I’m hoping to finish them by the end of November. So a lot of time that i used to spend watching movies and knitting are now spent reading. And – gasp – I’m not great at knitting and reading at the same time. Though it’s a skill I’m determined to work on… 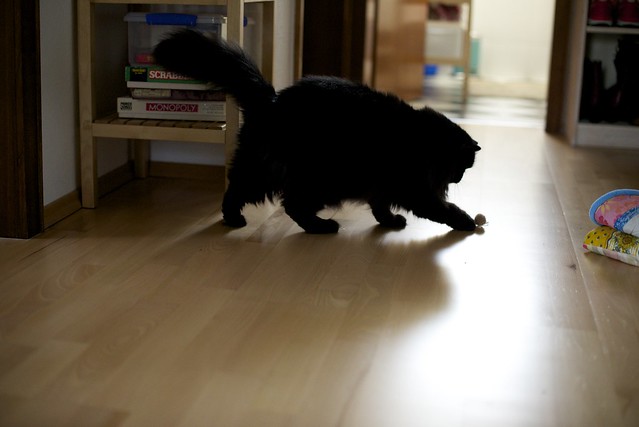 ps: A blog post containing only two photos didn’t feel right so here’s a picture of Lina playing with her new favorite toy: a simple pompom. It doesn’t take much to make her happy 🙂