Welcome to this year’s first edition of ‘What I’m Working On’. January used to be my most productive month of the year; there weren’t any exams when I was in high school and it was the beginning of a new term when I studied in Vancouver. Also, January is usually dreadful weather-wise so I didn’t feel guilty when I stayed inside to knit instead of spending time outside.
Unfortunately, January is the most stressful month for German university students, because all the research paper deadlines are in January and exams start at the end of January, so the whole month is basically spent in the library studying / paper writing.

There won’t be much progress in the next couple of months, but I wanted to share with you what’s on my needles (& on my nightstand) anyway. 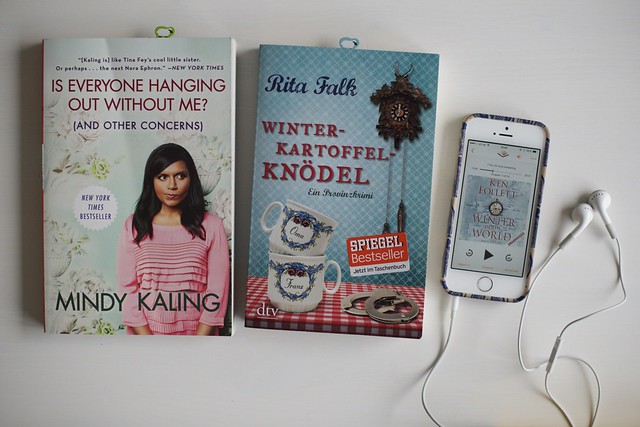 First, let’s talk books. I used to read a lot and I miss it. So I’m determined to start a new habit that involves banning my phone from my nightstand so I can’t browse instagram before I go to sleep. Alas, I’m more likely to read in the evening. Depending on my mood I either read in

or the first volume of Rita Falk’s Bavarian crime novel

the other day and I’m loving it. I especially love listening to it while sewing. Also, John Lee is an amazing narrator. 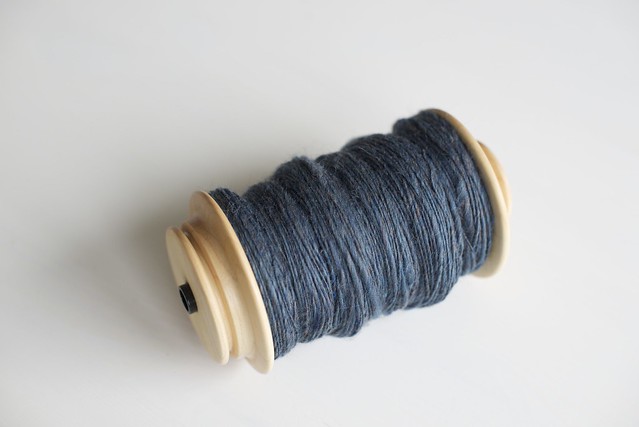 I spun a roving of alpaca finer. I bought the fiber at a small local store in Idaho and it’s so soft and squishy. For now it’s still on the bobbin because I can’t decide whether to attempt a Navajo ply or to ply it with a commercial yarn. Any thoughts? 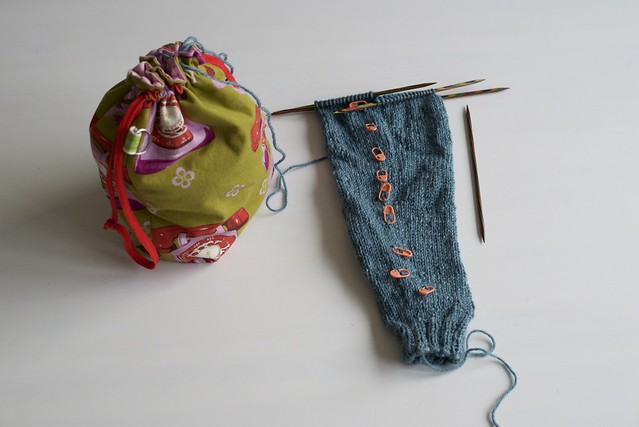 Eventually this will be a sleeve for a sweater for my dad. But somehow the yarn doesn’t seem to like my style of knitting. The gauge is either off, the stitch definition is awful, or the fabric is too dense. Sigh… Once I’m done with all my finals I’ll frog it and re-knit it beautifully, no matter how many attempts it might take! 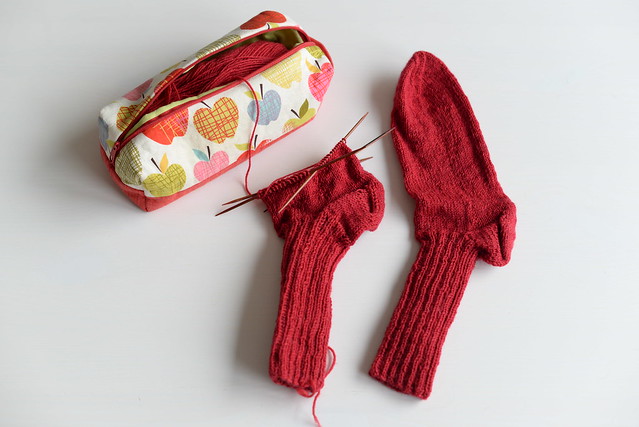 These ‘Christmas socks’ have been mocking me for… well, since before Christmas. I’m gonna get them done eventually. Maybe in time for this year’s Christmas? 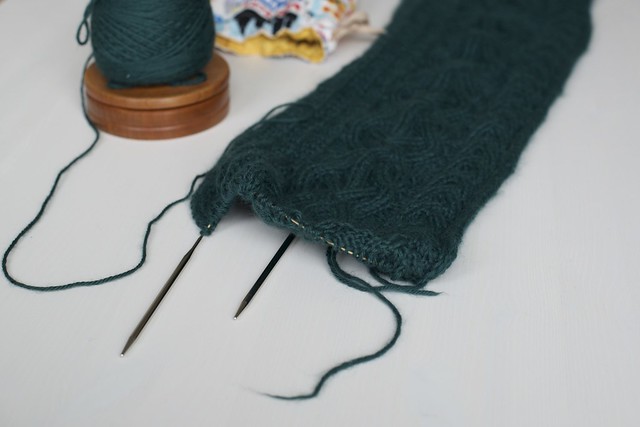 Finally my Elfreide scarf. It’s gonna take me approximately two more years if I keep going at the same speed. Maybe I should write ‘knit one Elfreide repeat’ on my weekly to do list until it’s done. If I’d be disciplined it might only take me one more year to finish it…

I have one exciting FO to share on Friday. So until then why don’t you tell/show me what you’re working on? I’d love to see!